Lead Gen Tip: Think Role Based Lists, Not A List Of Titles 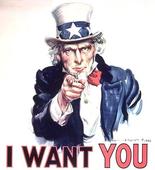 Not all titles explicitly tell you what a job function is. So tasks such as building lists from data services aren't as easy as searching for titles and then exporting the names. If you are looking for prospects with a specific function, or role, then that is where you should begin.

For example, the most common mistakes occur when targeting IT departments. There are 86,087 results when "director of IT" is searched for in Jigsaw. I just randomly sampled 5 of them in LinkedIn. These were their roles:

So if you're selling a network security package, who do you target? Obviously, the first, second, and fourth. But you wouldn't have known that by the title alone.

Ask yourself, "do we want to target by machine gun or sniper rifle?"