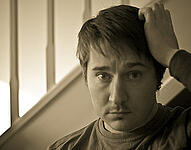 Sometimes I think George Lucas just didn’t “get it” when he made the Star Wars prequels.  You know, the “other” Star Wars movies?  He had made the greatest trilogy in the world in Star Wars, The Empire Strikes Back, and Return of the Jedi.  For years, with fans clamoring for more movies, Lucas said that either he wasn’t ready to make them or the technology in cinematography just wasn’t ready.  Then stars aligned and he was ready to make the rest of his story; three movies to be set before Episode IV (1977), to tell the story of how things led up to where they did.  To fans of the original trilogy, Lucas fell woefully short with Episodes I-III.  He didn’t get that what made the original movies was story, not special effects.  Sure, the newer movies had better effects, but the end result was miserable.

If you’ve spent any amount of time on Twitter, specifically in the B2B Sales and Marketing arena, you’re sure to see some people on there that deliver fantastic information.  This is information that I’m very thankful for, as are my colleagues in the industry.  However, with all of the good, there are still some on Twitter who just don’t “get it.”  I’d like to share with you some ideas on how you can “get it” and keep yourself from becoming a Demand Gen Twit:
There are a lot of ways to be a better B2B tweeter, and these ideas are for me as much as they are for you (maybe even more so).  So, help me keep the conversation going, and share with the rest us some other ways we can keep from being a Twit.