Social Media is no Punk - Know Your Rights! 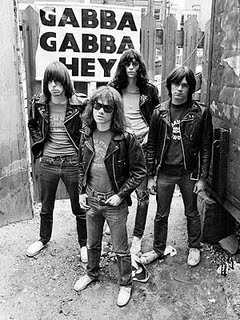 One of the blogs I read is Web Ink Now by David Meerman Scott (@dmscott). Love the insight and tone, and the fact that he rarely lets me down. This week, David posted a great video (below) that he found through Trevor Young (@trevoryoung), that he found from Ross Monaghan (@themediapod) (boy, this twitter RT credit can get lengthy), that was produced by Engage | ORM and besides being a great short production, it too is insightful.

The video compares the rebellious, outspoken, revolutionary aspects of the Punk Rock movement to what we see today with Social Media -- the revolution not quite being politics, sex and drugs, but a revolution in how people communicate, share and propagate ideas. I follow it completely, but I'll add to it in a way that seems to extend or complete the analogy (for me at least).

Communities and communications in Social Media are less about a Protest, and more about Sharing. I think that Punk burned out because it was never seen by the masses as acceptable and mainstream behavior. Social Media, on the other hand is. Generations of families are connected on Facebook. Competitors are having open discussions on twitter and even re-tweeting each other. Non profits and causes are thriving due to social media. Professional networks are reaching beyond the Kiwanis club and the golf course with LinkedIn.

Social Media is so much more than Punk. It has survived the early adopters, and it has broken through the mainstream barrier. Just as television and radio communications sparked changes in race relations, sexuality, politics and the balance of world power (different blog post), the new, "Social Media", will bring changes that we can't yet predict. What we can do is participate. Post updates, speak our mind, compare and contrast ideas, and connect with others.

The Clash got it 180° from where Social Media is today:

You have the right to free
Speech as long as you're not
Dumb enough to actually try it.